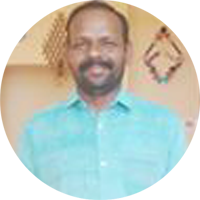 The Jeevan Jyoti Orphanage and Brudhalaya’s goals are to provide a safe and stable home for homeless children and the elderly. Presently located in Bhubaneswar, Odisha our ultimate goal is to move into a permanent facility in the area. Our vision for the orphanage is to provide a safe and nurturing environment for children who do not have the love and guidance of parents. With the Brudhalaya we strive to create a “home away from home” that will enable the aged person to lead a self-reliant, dignified and secure life while relieving them of the many hassles of daily life.

The inspiration behind the Jeevan Jyoti organization is provided through the vision of Mr. Prafulla Kumar Senapati. After losing his father at a very early age he was adopted by his Aja (maternal grandfather), who wanted him to manage his large holding of properties in the village. Mr. Senapati finished his high school and enrolled in college even as he felt a lack of purpose in his life. Having missed the love and care of parents in his early years, his mind was filled with thoughts of helping the needy. A critical event that occurred during a trip to Bhubaneswar in 2002 brought a new direction to Mr. Senapati’s journey in life. He encountered two children who had been abandoned by the side of the road by their family. After notifying the police, he took the two brothers back to his village. However, as his family was very resistant to raising the children, Mr. Senapati decided to bring them back to Bhubaneswar where he was able to find an ashram that agreed to shelter them. A small piece of land was located nearby and the ashram moved into a sturdier building in 2005 through small donations from many people. The ashram was inspected and approved by the relevant government authorities and was able to accommodate more orphans as support grew from his family in the village and others. Presently the ashram cares for seventy children. As word spread in the community about the care the orphans were receiving, senior citizens started showing up at the door seeking shelter. In 2014, a new wing was added for old age people and registered with the authorities as the Jeevan Dhara facility. It presently house eleven residents.

As the facility has been operating in temporary quarters since 2005, the board started a search for private donors to acquire an appropriate piece of land and build permanent buildings. In late 2019 two generous private donors deeded a large plot near Bhubaneswar to the organization. The board is now seeking monetary donations to fund the construction of the buildings, for which the plans have already been submitted to the relevant municipality agency. To date the organization has not received any monetary support from any governmental source.

Feel free to share your email about our Ashram updates